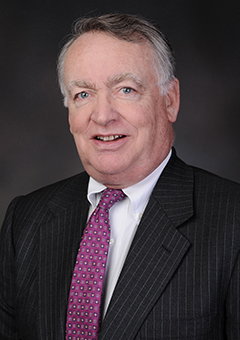 Ted Fowler is a Managing Director on Prospect's Investment Team and has worked in investment management and finance since 1971. He is responsible for overseeing Prospect's real estate investment strategy and portfolio.

Prior to joining Prospect, Ted spent the first half of his career working with Wall Street bulge bracket firms. He ran the real estate group at Credit Suisse First Boston before being named co-head of the investment and merchant banking department at Credit Suisse First Boston, from where he then joined Prudential-Bache as co-head of its investment and merchant banking departments. Thereafter he spent over 20 years focused on advising and raising capital for small and mid-cap companies, initially at his own firm and then at Laidlaw & Company, where he was the head of the firm's investment banking group. Ted has been on numerous boards of directors and consummated private equity investment transactions across a broad range of industries, including real estate, healthcare, insurance, hospitality, technology and consumer branded products.

Ted received his BA from Amherst College and his MBA from Columbia University.